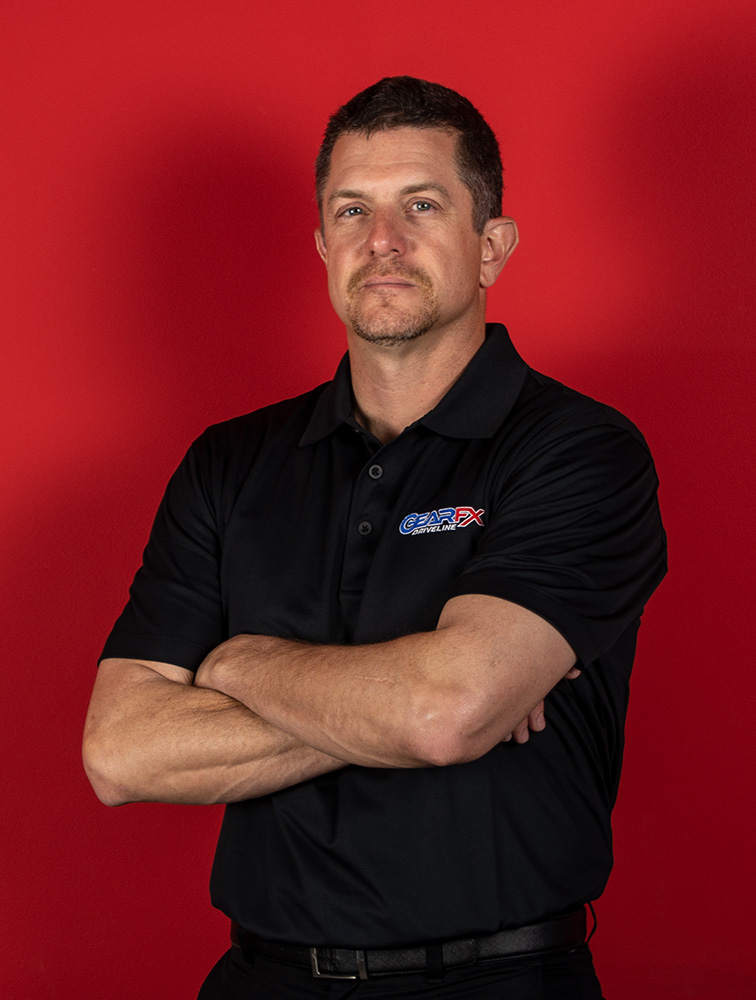 Kyle Tucker is the co-founder of Detroit Speed. Founded in 2001 from a simple garage in Michigan, the company has since moved to the heart of the stock car racing community in Mooresville, NC, growing to become the industry-leading parts manufacturer it is today. Prior to founding the business, Kyle began his career at General Motors working as a test and development engineer at the GM Proving Grounds.

Kyle’s racing career began in his adolescent years when he started racing go-karts, late models and open wheel midgets. Since opening Detroit Speed, his racing career has turned to street machines, which he has won numerous championships for on the Goodguys Autocross and Optima USCA GTV Series in his 1970 Camaro. He has also competed in eight Baja 1000 races, scoring team wins in the Baja Challenge Class in 2012, 2015 and most recently in 2017. In 2014, Kyle became the first-ever winner of the Specialty Equipment Market Association (SEMA) Battle of the Builders competition. Kyle holds a degree in mechanical engineering from the University of Missouri-Rolla and has been a member of the BFGoodrich Performance Team for 13 years. 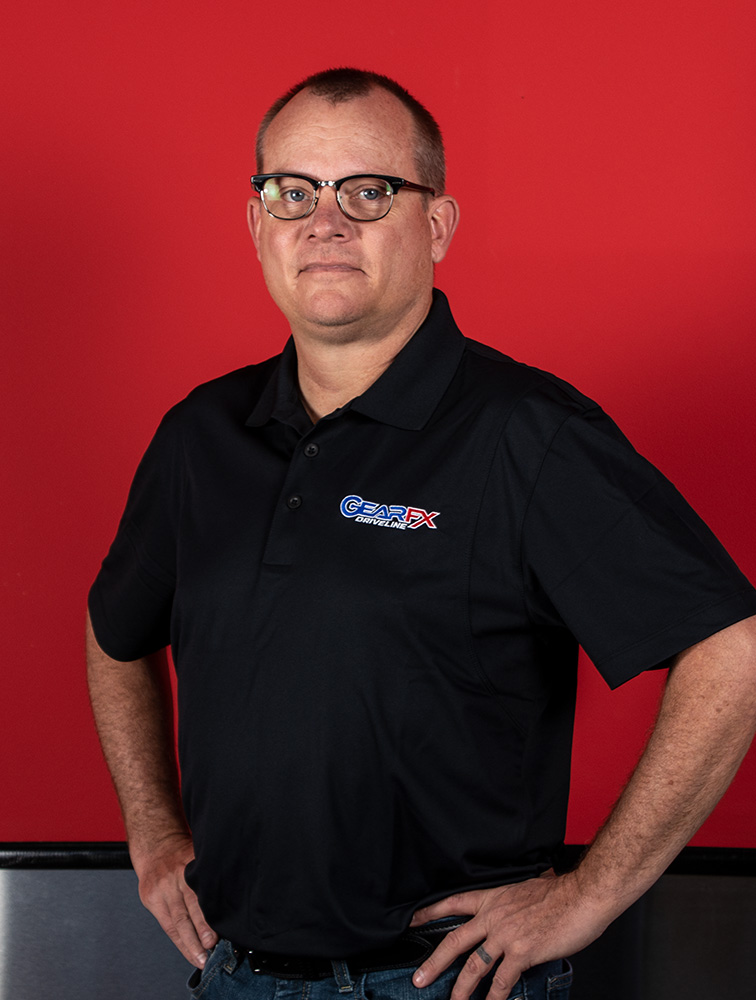 Jeff “Fuzzy” Horton is the General Manager at GearFX Driveline. Born and raised in Speedway, IN, Jeff fell in love with racing sprint cars, sportsman drag racing and Indy cars at an early age. He began his professional racing mechanic career in IMSA GTPs with Hotchkis Racing, later moving to the factory Nissan GTP effort of NPTI, specializing in gearboxes. Jeff then moved back to Indiana to work for the Team Menards Indycar program and later moved to PacWest Racing as a gearbox mechanic and shop manager. From there, Jeff began working with Apex Racing’s Formula BMW Team, heading up the mechanical end of the team for Robert Wickens. In 2006, Jeff began working for (then) C&R Racing’s south location in Mooresville, NC as head of its NASCAR transmission and rear gear business. He now remains the General Manager & Technical Director under the company’s new GearFX Driveline brand. 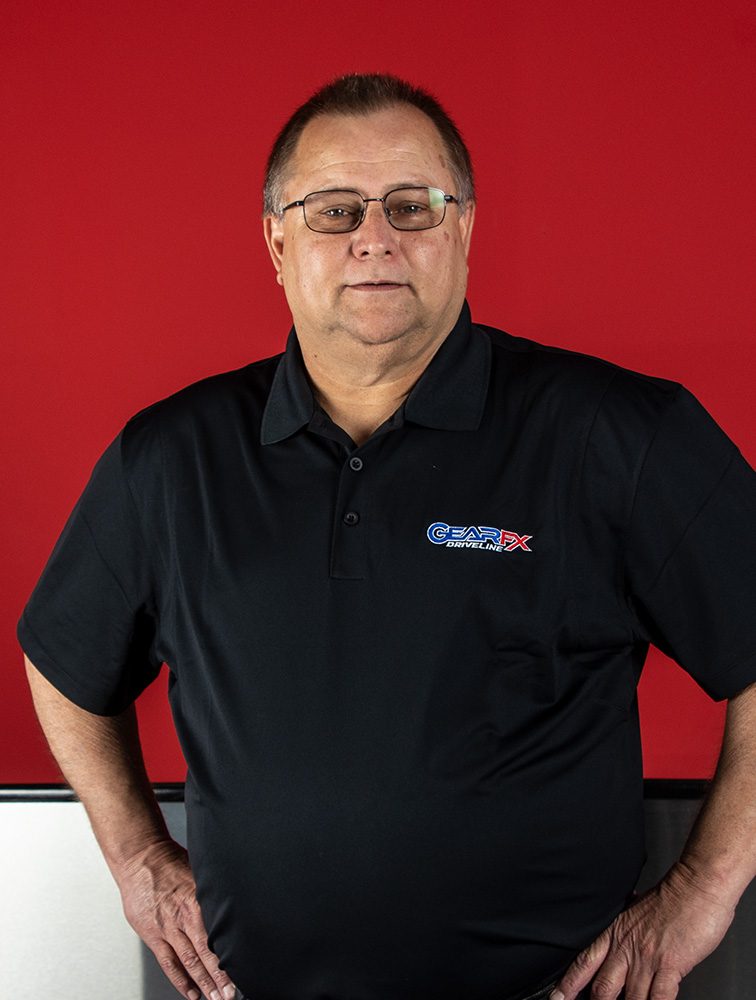 Rob Knipp is a mechanic and shop foreman for GearFX Driveline. Born and raised in Louisville, KY, Rob started his driveline mechanic career in his uncle’s automatic transmission shop when he was only 16 years old. He has worked at the Ford Rebuilder Center and even started his own driveline shop, servicing automatic and manual transmissions as well as driveline parts. In 1999, Rob headed to Mooresville, NC to work for HDP, a prominent NASCAR driveline supplier. HDP later became PDI and finally C&R Racing (South). He now lends his expertise in all aspects of driveline development and maintenance at GearFX Driveline. 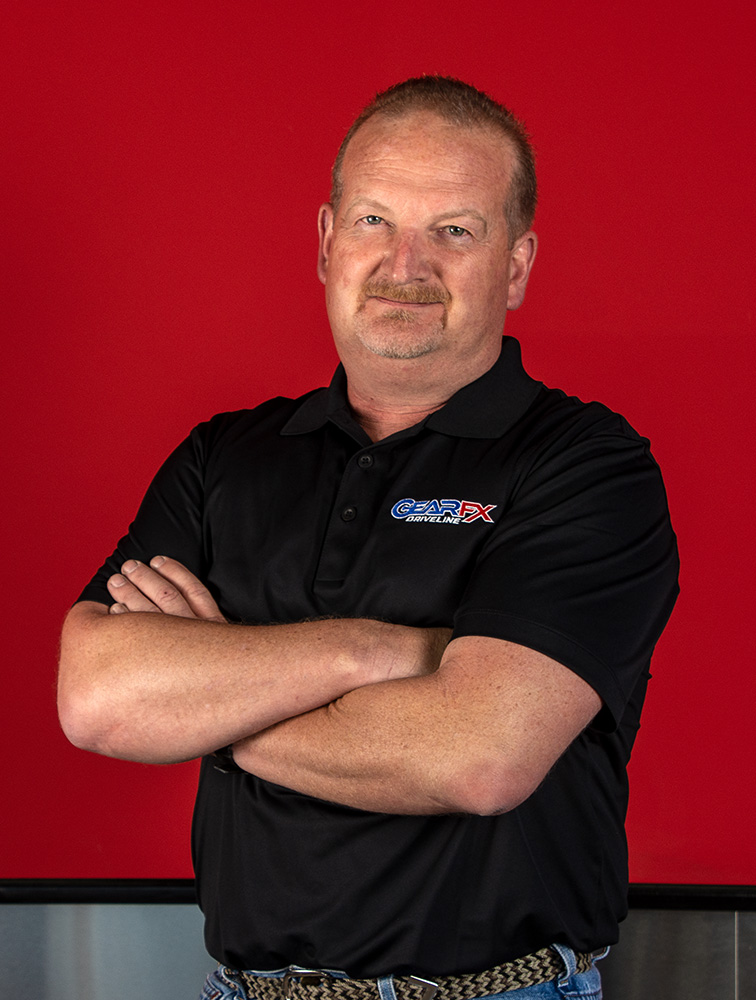 Sam Goodman is the purchasing and service technician for GearFX Driveline. Sam grew up farming in Eastern Rowan County, NC, sharpening his mechanical and problem-solving abilities with the large equipment required to run a farm. Sam holds a BS in business operations and has worked at several large manufacturing companies as a manufacturing superintendent and production manager. He joined Ganassi Racing’s NASCAR program as a purchasing manager in 2003 and started with C&R Racing (South) in 2007, where he now uses his close relationship with Intercomp’s sales and repair/calibration staff to lend technical expertise. 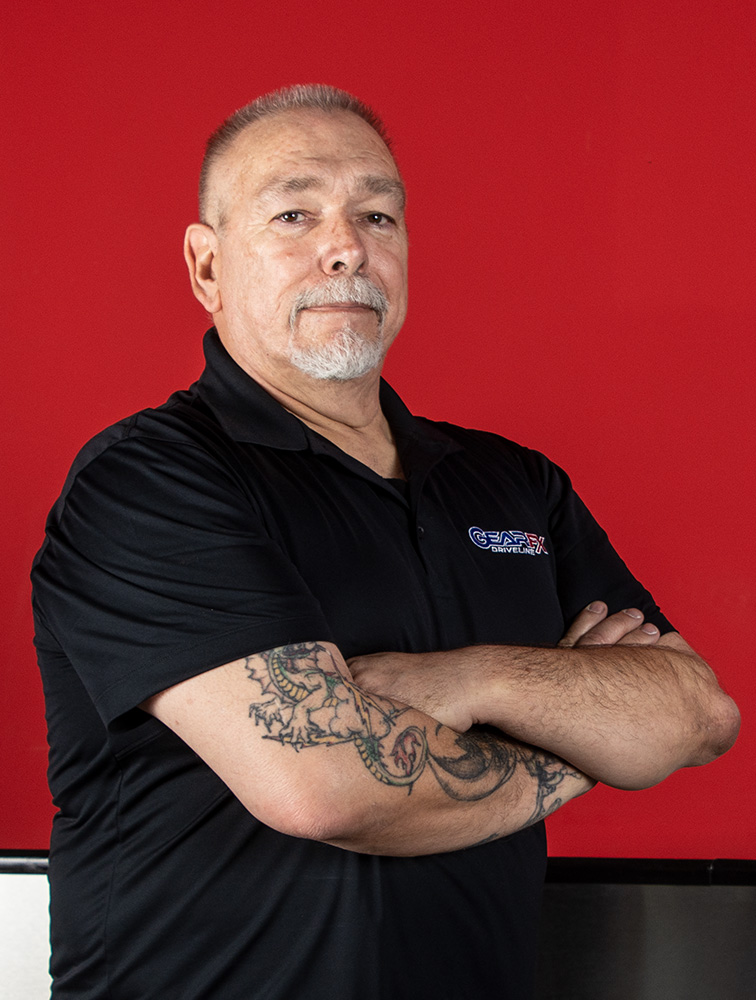 Johnny Turner is a mechanic for GearFX Driveline, where he rebuilds transmissions, works on rear gears and more. Born and raised in Charlotte, NC, Johnny has been a mechanic his entire life, starting as a machinist at the age of 18. He has vast experience as an automotive line mechanic, which he has shared with C&R Racing (South) since 2008. Johnny also covers MIG / TIG welding, machine work and is a certified NDT inspector. 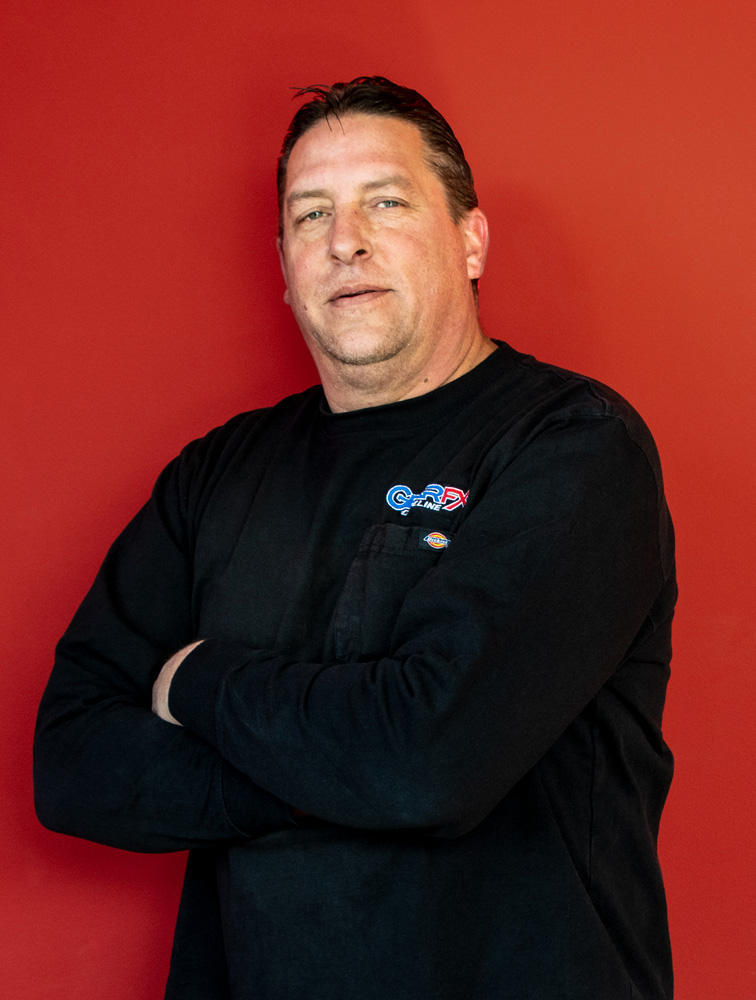 Born in Mason, Michigan, Eric Maj started his racing career at Rocketsports as an Engine Machinist for their IMSA Series program. After moving to North Carolina, Eric spent time with top-tier racing teams including SABCO Racing and Evernham Motorsports, as well as KB Racing’s pro stock drag racing team specializing as an engine machinist and assembler. During this time, Eric became an accomplished fabricator and TIG welder. He has a vast knowledge of TIG welding and is GearFX’s point-man on housing production. 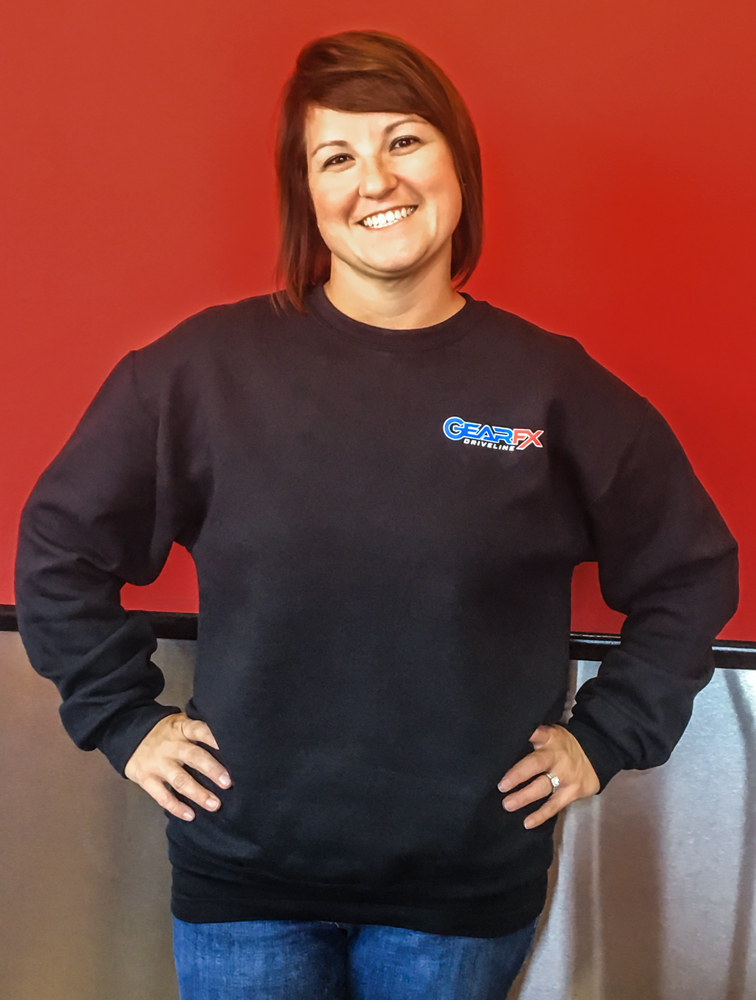 Jen Washinger hails from Shippensburg, PA, where she owned her own business for four years. After relocating to Mooresville, NC, Jen took a position in the accounting department at Detroit Speed. Over the past year, Jen has migrated over to join the GearFX team full-time handling both administration and accounting for the company. With an avid dirt track racer husband, Jen is familiar with the motorsports industry and isn’t afraid to get her hands dirty helping out in the GearFX shop. 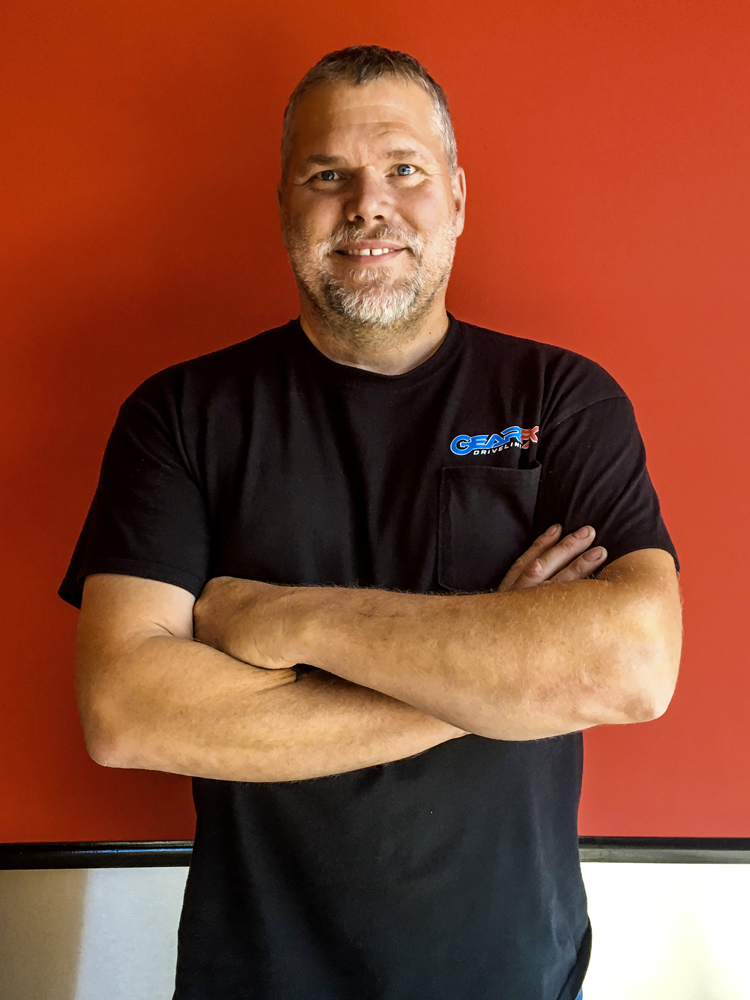 Originally from Vermont, Gordon relocated to North Carolina in 1998 to pursue a career in the NASCAR industry. He worked for some of the top teams in the sport, including JR Motorsports, where he specialized in suspension, rear-end housings and brake-system preparation. After moving back to Vermont in 2010 to be with family, Gordon became a Class A Technician for all makes and models of vehicles. Now back in North Carolina, Gordon joins the GearFX team with experience in brake systems, suspensions, engines, rear-end housings, electrical and computer diagnostics.

Get in Gear with GearFX

Stay up-to-date with the GearFX Newsletter